I found out after I moved to Boulder that most of my GameCube games had disappeared from their cases. I suspect they had been stolen. Other games I used to own, like Cubivore, now fetch $200 on eBay. I am no longer flush with disposable income, so I decided to take the plunge and mod my GameCube to play backup discs.

I found the Atmega-based Xeno board that bypasses the usual disc verification. The instructions say that it is possible to solder it directly to the disc drive board, since the pads on the board line up with exposed test points. I affixed the Xeno board to the disc board with a generous amount of Kapton tape, carefully soldered to the test points, and was able to successfully boot a backup.

I saw a post by mmmonkey that says you can switch regions on the GameCube at will by soldering a switch to an unpopulated resistor on the logic board. I strung 30 gauge wire through the vias located near those resistors after @natronics found that they were connected. I tried to use my usual makeshift methods of soldering, like burning the plastic off the wire if I don’t have a wire stripper small enough, but it caused problems and I had to remove all the work. The wire I used seems to have a weird Teflon-like coating. The vias were now completely plugged. It’s not possible to string the wire around the board – the metal casing is part of the ground plane, the edges of the board are ground, and the board fits snugly against the casing. There is a single hole on the board that is not a screw hole or a port. In fact, it has no silkscreen or copper. I strung the wire through that hole, then through a vent so that it comes out the back of the machine. I then stripped the wire with the right sized strippers and soldered each end to each pad. I used 0.3mm solder, a 0.4mm conical tip for the soldering iron, and plain tape to temporarily hold the wire in place. 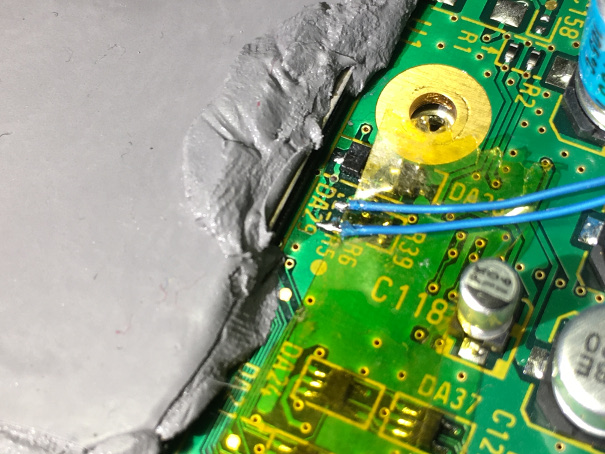 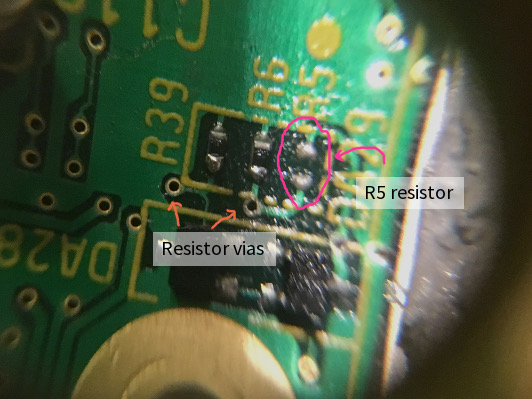 That guide also mentions that it’s possible to add an LED to the switch to differentiate which region the GameCube is in. For whatever reason, the post spends an inordinate amount of time gluing two LEDs together, instead of buying a bicolor LED. After doing this completely the wrong way, I used one twisted pair from a CAT5 cable and wired that underneath the motherboard. There was another wire from a failed experiment, so I left that in and soldered it where the LED signal would be. I bent the two little signal legs over the controller board and kept the ground on the other side, then soldered a leg to one of the wires in the twisted pair.

I had a hard time finding the right DPDT switch for this project that fit the same footprint as the previous switch I used. I tried one from Radio Shack which was way too big. I tried to find one by the right dimensions on Octopart, but none of the matching ones had photos (or were even in stock). I blindly picked three out from Digikey and @natronics helped me file it down to fit. I re-soldered all the wires to the right leads and hot glued the whole mess. After slamming together the back of the case into the main case and screwing everything back into the right spot for an hour or two, the mod was complete! I even replaced the security screws with normal Phillips screws from the hardware store. 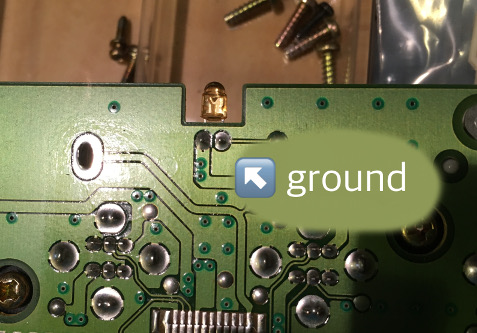 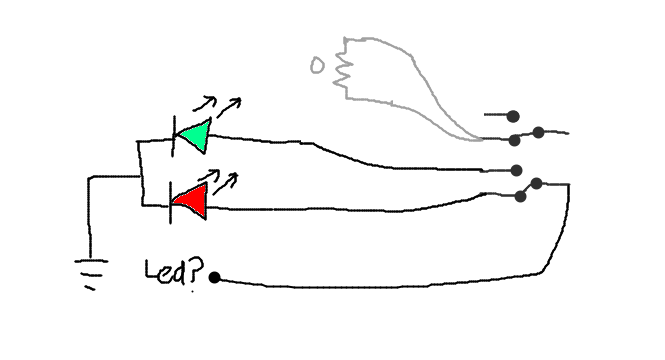 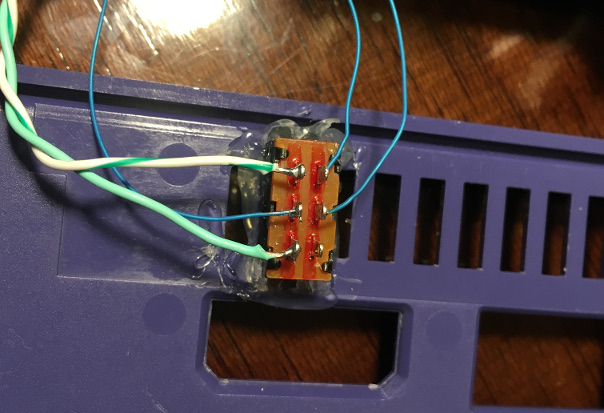 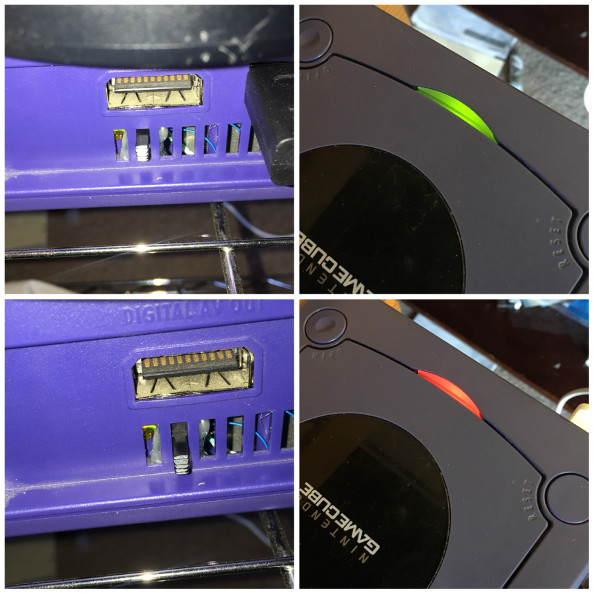 In hindsight, it’s best to do all three mods in the same timeframe (ie, while the GameCube is still disassembled.) Sourcing the right DPDT switch was difficult but would have been easier if I had done it ahead of time. I recommend removing the motherboard from the case and putting the LED wires in first, so you don’t have to blindly poke wires through the GameCube. If you need to change the internal battery for your GameCube, this is a good time to do it.